The Office of the Special Narcotics Prosecutor (SNP) works collaboratively with New York City’s elected District Attorneys to investigate and prosecute felony narcotics cases across all five boroughs of the city.

We share the common goals of protecting city residents and ensuring our criminal justice system is fair for all. Built on a task force model, SNP has authority to prosecute felony cases involving narcotics, including heroin, fentanyl, cocaine, and addictive pills, and related crimes such as weapons sales and possession. New York City is unique in many ways, including its division into five separate boroughs, each with its own District Attorney empowered to prosecute crimes committed there. The city is also a major hub of international narcotics importation. Each drug shipment has a single point of entry through one of the five boroughs but may be distributed to all. SNP was created in 1971 and empowered under New York State’s Judiciary Laws to address this free flow of narcotics across county lines and drug-related violence.

The city’s five District Attorneys appoint the Special Narcotics Prosecutor and assign Assistant District Attorneys to serve in SNP. All of SNP’s wiretap investigations are overseen by the District Attorneys. Working in collaboration with its partners, SNP strives to strengthen communities. The office’s mission is to protect the public and prevent overdose deaths by investigating and prosecuting high-level narcotics trafficking organizations and illicit prescription drug distribution networks, and by responding to community complaints about persistent drug activity and associated violence. Targeted prosecutions and alternative dispositions are essential components of an effective strategy to save lives and reduce arrests. The office’s approach is consistent with the city’s goals to reduce incarceration. SNP further strives to decrease demand for narcotics by raising public awareness and facilitating treatment for those with substance use issues.

Bridget G. Brennan was appointed as Special Narcotics Prosecutor on May 1, 1998 and oversees a staff of approximately 200 legal and support personnel. The agency has its own budget for operating expenses and receives funding from the city, state, and federal government.

Ms. Brennan has worked to raise public awareness about the heighten risk of overdose, most recently linked to lethal synthetic opioid drugs that saturate the supply of narcotics in New York City.

A prosecutor for over 25 years, Ms. Brennan joined the New York County District Attorney’s Office as an Assistant District Attorney in 1983. Before her legal career, she was a print, radio and television reporter in her native Wisconsin. Ms. Brennan graduated from the University of Wisconsin Law School with a Juris Doctor degree. She holds a Bachelor of Arts degree in Journalism from the University of Wisconsin.

SNP implements a strategic approach to protecting the public and saving lives that reduces arrests and incarceration. This approach is consistent with SNP’s commitment to promoting fairness and justice. By intercepting large amounts of lethal narcotics at the top of the supply chain, and investigating and prosecuting high-level traffickers, SNP prevents countless overdoses and street-level arrests. 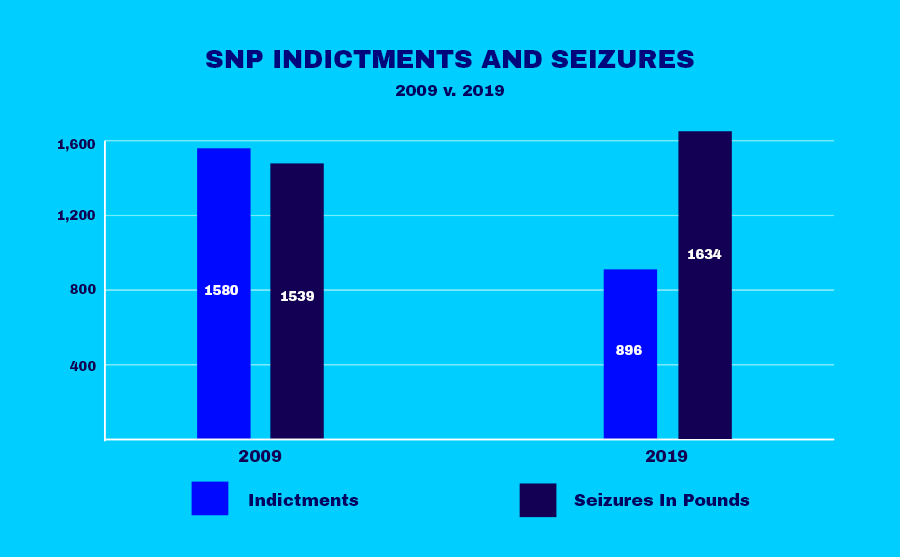 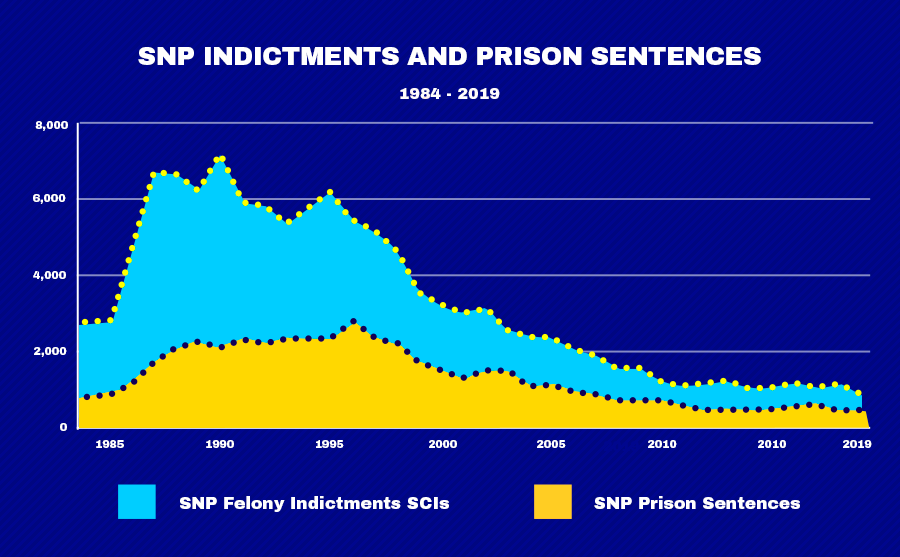 As its central mission, SNP works to prevent overdose deaths by removing bulk quantities of dangerous drugs from the highest levels of the supply chain. New York City serves as a regional hub for the distribution of narcotics produced by international trafficking organizations. Drug shipments flow through the city to local distributors and organizations in surrounding states.
Learn More

SNP strives to protect New York City neighborhoods from the destabilizing effects of drug-related violence by investigating a wide variety of organizations, from street gang affiliates to entrenched narcotics distribution groups. The office is committed to devoting resources to help strengthen communities impacted by narcotics-related crime.

Widely recognized for its expertise in investigating and prosecuting those involved illegal trafficking in prescription drugs, including corrupt medical practitioners, SNP’s Prescription Drug Investigation Unit (PDIU) was created in 2011. As a result of these enforcement efforts, combined with improved education for doctors, increased public awareness and enhanced regulatory systems, the supply of diverted prescription drugs in New York City has been reduced.
Learn More

SNP responds to community complaints about narcotics trafficking by conducting investigations and providing resources to neighborhoods. Assistant District Attorneys work closely with the NYPD to address complaints about drug crimes and related violence. Additionally, the Community Outreach Unit meets with community and religious leaders, block associations, the New York City Housing Authority, while conferring regularly with NYPD officials to devise strategies to combat crime. Once an investigation is completed and a drug organization is removed from a building or neighborhood, resources are devoted toward providing community support services. Learn More