A fatal overdose occurs every 5 hours in NYC 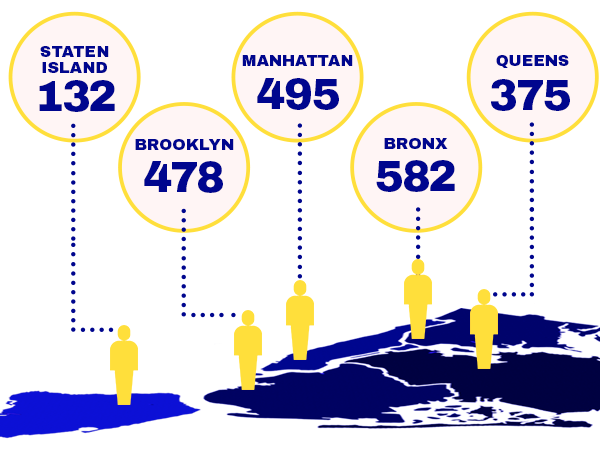 COVID-19 and the Opioid Epidemic 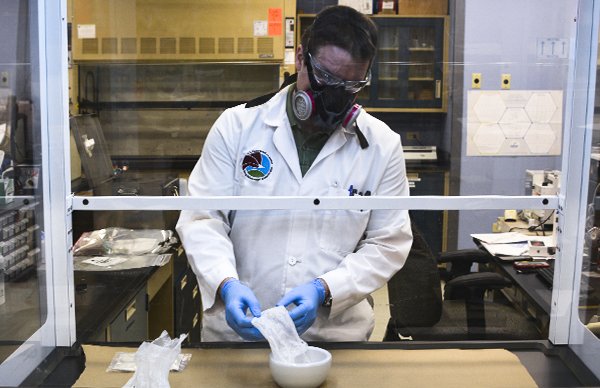 Overdose deaths reached historic highs in New York City during the ongoing COVID-19 crisis. During the 12 months ending in March of 2021, fatal overdoses increased by an estimated 38.6%, according to the CDC. More than 2,300 people suffered fatal overdoses in the city during that period, with the vast majority involving heroin and/or the potent synthetic opioid fentanyl. Laboratory testing by DEA and the NYPD show fentanyl is present in much of the heroin sold in New York City. Fentanyl is also mixed with cocaine, methamphetamine and benzodiazepines, and pressed into counterfeit prescription pills. 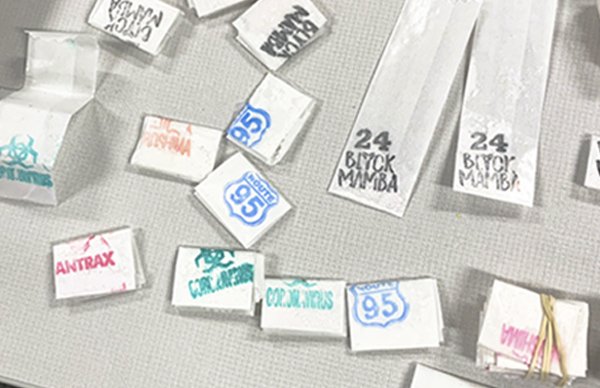 A flood of heroin and fentanyl is entering New York City in 2021. SNP investigations resulted in the seizure of more fentanyl in January of 2021 that in all of 2020. During the early stages of the pandemic, drug networks bought and sold narcotics at inflated prices due to a shortage in supply stemming from travel restrictions. The deadly nature of the narcotics is reflected in brand names such as "coronavirus," "anthrax" and "black mamba". Fentanyl is involved in 77 percent of all New York City drug overdose deaths. 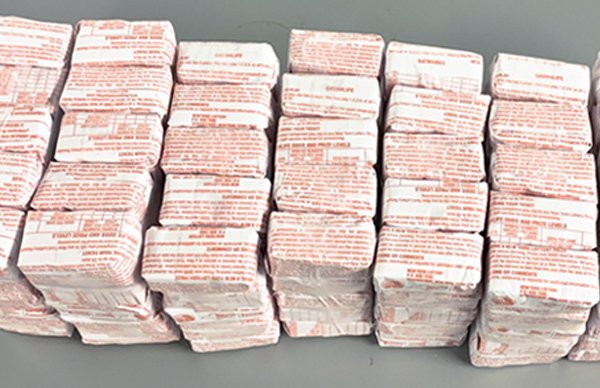 During the pandemic, the Special Narcotics Prosecutor's Office and its partners continue to investigate and prosecute members of trafficking organizations that smuggle narcotics into New York City, as well as those involved in large-scale packaging operations and distribution groups. SNP investigations have resulted in substantial seizures of narcotics, including lethal fentanyl, heroin and cocaine. before it ever hits the streets. Seizures of methamphetamine are also on the rise.

New York City serves as a major hub of heroin trafficking for the Northeast. Local distribution networks coordinate with drug cartels in Mexico to transport multi-million-dollar shipments of heroin to the area. The cartels seized upon the crisis of opioid painkiller addiction in the U.S. as an opportunity to ramp up production of heroin, creating a multi-billion-dollar industry and further escalating overdose deaths beginning in approximately 2010.

A highly potent synthetic opioid, illicitly produced fentanyl is approximately 50 times stronger than heroin and 100 times stronger than morphine. It is sold interchangeably with heroin, mixed with other drugs like cocaine and methamphetamine, and pressed into counterfeit pills. 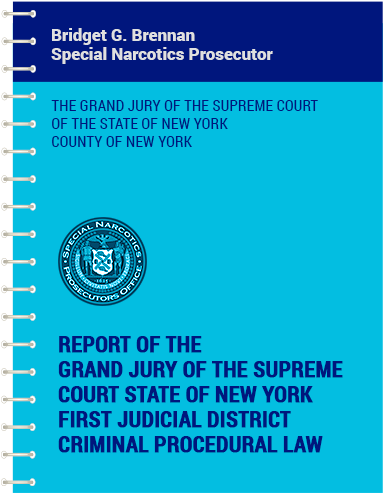 Fentanyl has flooded the black market for narcotics since 2015, causing drug deaths to skyrocket.

Fentanyl is present in more than three-quarters of all overdose deaths in NYC. Because it is cheaper to produce than heroin, fentanyl boosts profits for drug cartels in Mexico. Multi-kilogram shipments follow the same overland transportation routes as heroin, travelling across the Southwest border with Mexico in vehicles.

Resources to prevent overdoses are available to all New Yorkers, including those with substance use disorder and those who want to help.

Speak to a counselor via phone, text, or chat and get access to mental health and substance use services, in more than 200 languages, 24/7/365. 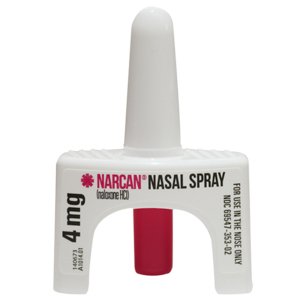 In response to the crisis, the opioid overdose reversal medication naloxone is widely available in New York City.

Learn More
For more information about the opioid crisis in New York State and nationwide, visit:

Center for Disease Control and Prevention

Learn what can be done about overdose and related harms.

Learn what can be done about overdose and related harms.